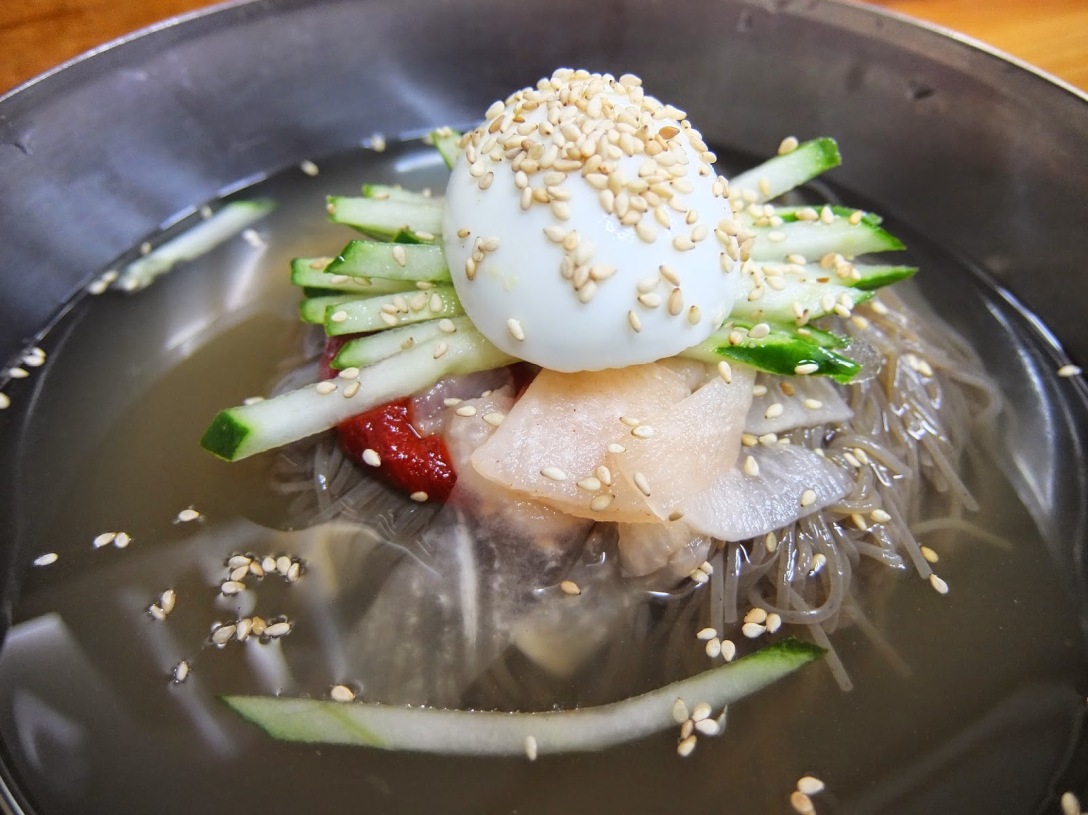 I made it to Korea for 8 days and ate loads of food I crazily love. Korean food is spicy, rich in flavor and super delicious. The cuisine of this country is largely based on rice, vegetable and meat. They also have abundant side dishes like kimchi, cucumber, sprout or daikon pickles. Interestingly, those side dishes are served for free at any restaurant in Korea, which means you can eat as much as you want without paying money for them. That’s the reason why I ate tons of kimchi which is one of my favorite Korean food. Korean love meat so on the streets are thousands of restaurants serving BBQ. When it comes to street food, they are beyond awesome. There are many kinds of street food ranging from sweet things to savory ones.
I prefer Korean food to Japanese one although I lived in Japan for one year. I found similarities between Korean and Vietnamese cuisine, their flavors, especially spiciness, and even the way we ate. Korea is truly a food paradise for me.

I couldn’t believe how cheap fruits in Korea are compared to Japan. I bought 4 bunches of grapes with only 3000 won which 1 bunch of grape costs me in Japan. Busan is cheaper than Seoul. I spent 5000 won for a big bag of peaches. It was HEAVENLY AWESOME!

For my moves in Korea, check this out 192 hours roaming in Korea

This site uses Akismet to reduce spam. Learn how your comment data is processed.

What’s on my mind recently?